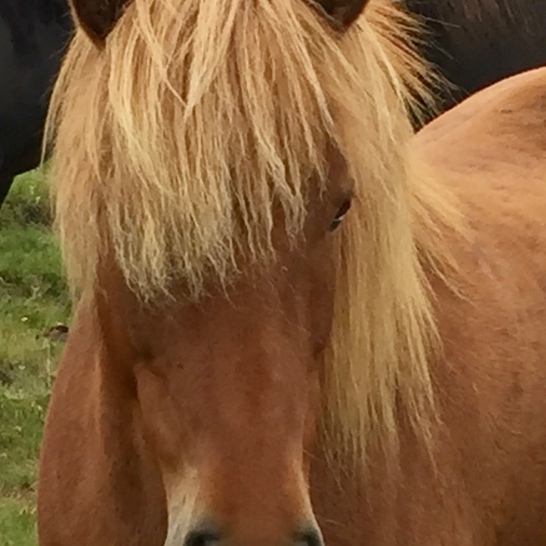 The white one reminds me of a unicorn 🙂

Although there was so much to love about Iceland, my absolute favorite thing were the wild ponies!!  I couldn’t get enough.  I must have a thousand photos of these beautiful, sturdy, stoic creatures.  They were far more ubiquitous then I thought they would be.  I made Todd pull over virtually every time I saw them to take more photos … LOL.

In writing this post, I thought I would share a bit more about the Icelandic pony than just lots of photos of their cuteness.  I did some research on these amazing creatures and found out so much more that endears them even more to me.  Hopefully, you might feel the same way after reading this short post.

Apparently the Icelandic pony is as old as Icelandic culture itself.  Arriving on the earliest of settler ships, around 860 AD – 935 AD, the Icelandic pony was critical to the success of early Icelandic life and continues to play a significant role in Icelandic culture.  The composition of the Icelandic pony is unique in it’s short stature, sturdy build, and thick coat which allows it to withstand all but the worst of Icelandic weather.  The most interesting thing I learned about the Icelandic pony is that by a law passed in 982 AD, the importation of other horse breeds was denied.  Despite this, about 900 years ago horses were imported.  As a result, the Icelandic pony is one of the purest horse breeds in the world.  One other quality of note about the pony, it has no natural predators which make it less likely to spook than most other horses.  I found this to be true.  Although I always proceeded with caution, these horses were easy to approach and pet.  They have a wonderful disposition that just felt so calm yet, at the same time, the whole experience was so beautifully wild with the mystical, magical Icelandic countryside as a backdrop. 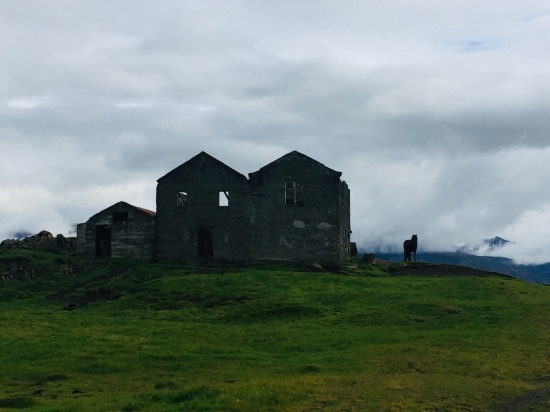 This moment had a Lord of the Rings, other-worldly feel to it.

Here’s to wild ponies 🙂  May they forever roam free.